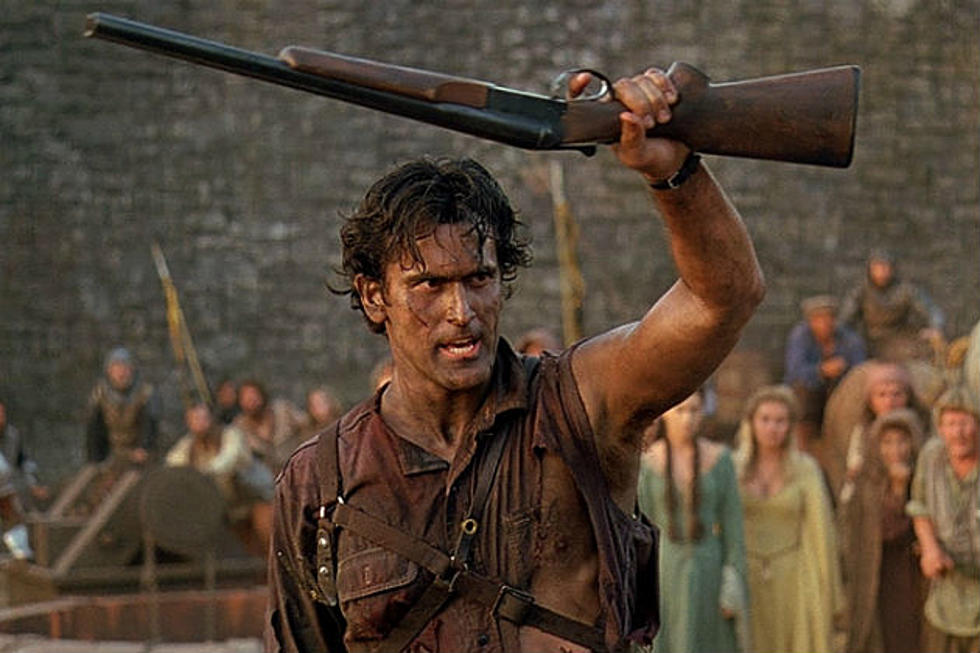 The third in the the Evil Dead trilogy sees idiotic protagonist Ash Williams continuing to deal with the deadite hordes, this time in the middle ages after being transported there at the end of the 2nd movie. Director Sam Raimi has never hidden away from his love of slapstick humour and here we see that very much in full force. By far the silliest and least “horror” movie of the franchise, Army of Darkness, or Evil Dead or even better, the Medieval Dead to use a title that was thrown around while it was in production, is nevertheless a fun and entertaining romp with lead Bruce Campbell really fleshing out the character of Ash and as the movie progresses, his evil alter self, “Evil Ash!”

The movie, interestingly, was part of a multi picture deal agreement with Universal and after the financial success of the Raimi directed “Darkman” the third movie in the Evil Dead franchise got funded mostly through that deal. Although not as critically acclaimed as its predecessors it is nevertheless lauded for its humour and special effects work and has certainly gained more of a fan-base with the passing of years.

By its conclusion we are treated to a full on medieval battle with said Army Of Darkness risen from their graves to join the ranks, ready to do battle à la the extraordinary skeletal creations of Ray Harryhausen from yesteryear. Fun, stupid and always quotable, Army of Darkness is a great pick for a laugh out loud horror movie night.