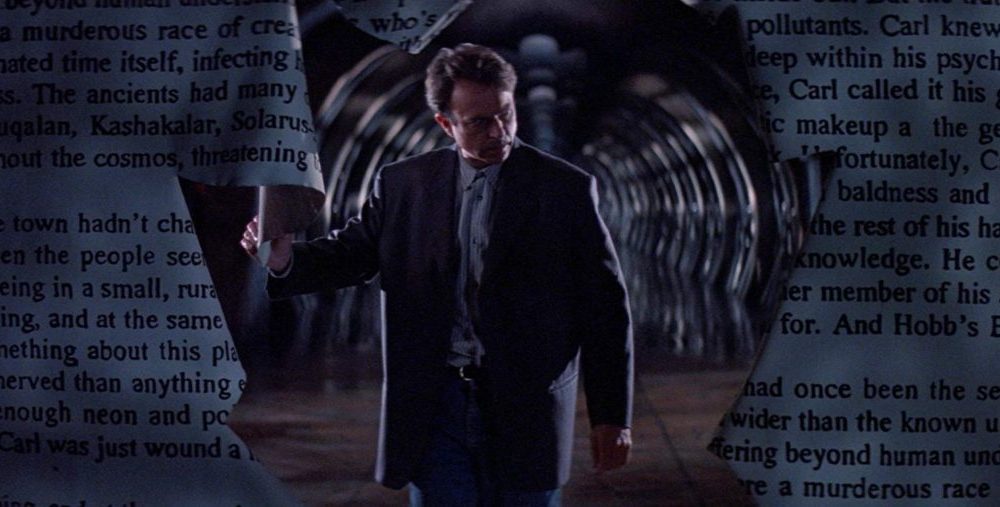 By far John Carpenters most underrated movie as director, In the Mouth of Madness tells the story of Trent, an insurance investigator, played by Sam Neill, who is employed by Jackson Harglow (Charlton Heston no less!) at Arcane publishing to investigate the disappearance of world famous horror novel writer, “Sutter Cane”, and recover the manuscript of his new novel “In the Mouth of Madness.”

After a dizzying and disconcerting trip on a darkened lonely backroad, his journey eventually brings him to the town of Hobbs End, the setting for many of Canes stories (You may be seeing a pattern here, especially if you’re a fan of a certain horror writer!?). There Trent must discover the truth and walk the very thin line between fiction and reality.

An interesting watch to say the least, employing many of the “meta”, self-referencing devices that fellow 80’s horror alum Wes Craven used to great effect in his own work, In the Mouth of Madness is a delightful old school horror gem that should rightfully stand proud next to Carpenters other work like The Fog and The Thing.