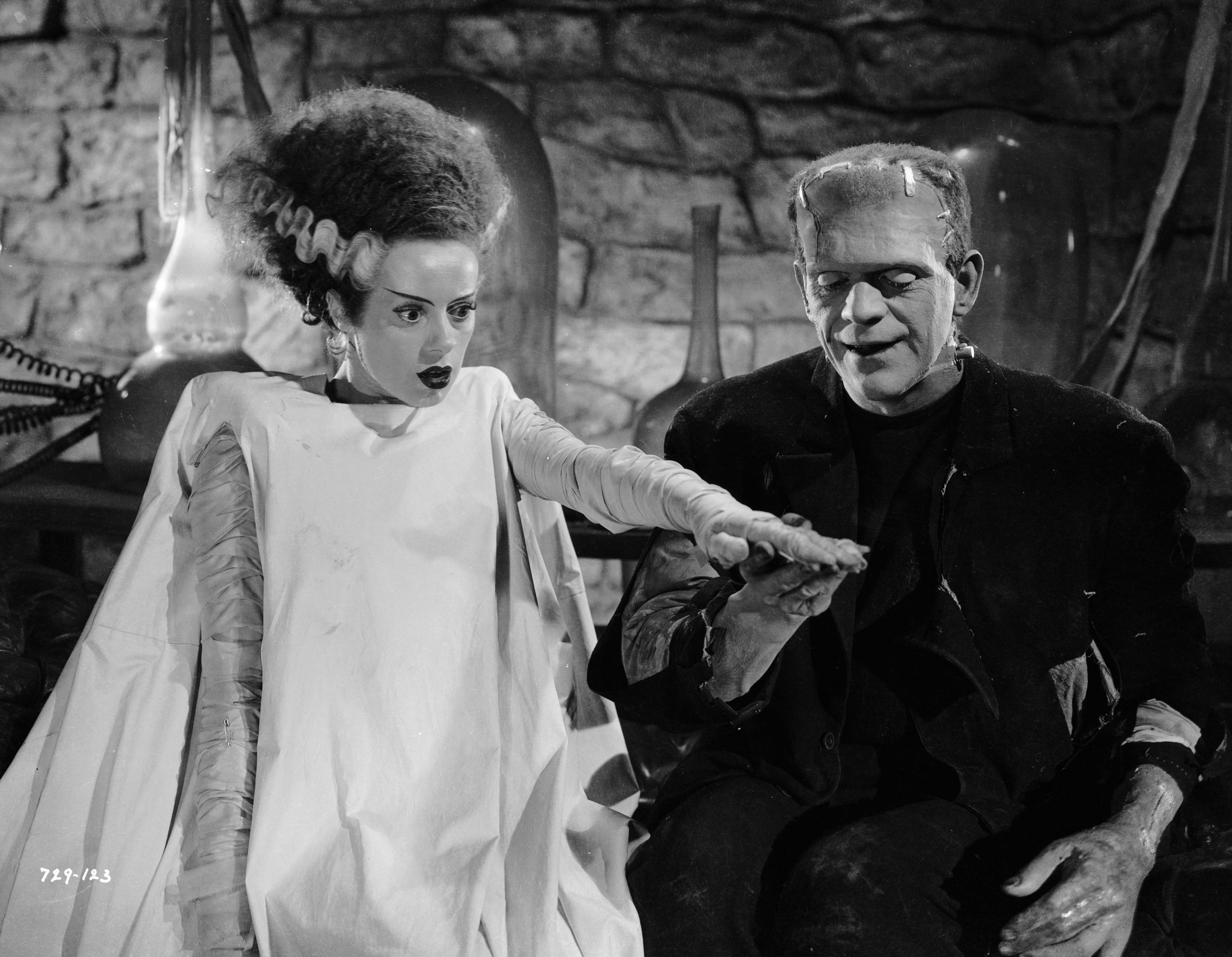 On a bleak and stormy night, author Mary Shelley continues the story of Dr. Frankenstein while in the company of Percy Shelley and Byron. The windmill was not the end. The creature lives! It escapes the fiery wreckage after the pitchfork wielding locals have disbanded and once more it roams the countryside. Meanwhile Frankenstein is approached by an old professor in an attempt to lure him back for one last human experiment, to create a female!

One of the true greats, some even stating that it is the greatest of the classic Universal monsters, surpassing even the original movie, “Bride” has cemented itself not only in movie history, but pop culture history. Boris Karloff delights in the role of the monster once again and this time gets to sink his teeth into a more developed character, but it is his blushing bride that steals the show. Her moment is brief it’s true, but her impact, staggering, the image of a single lightning strike of white hair angling from temple to lofty height through a mess of frizzy dark, and her movement? Her jittery movement is cinema history gold, often mimicked but rarely equaled in the 85 years since.