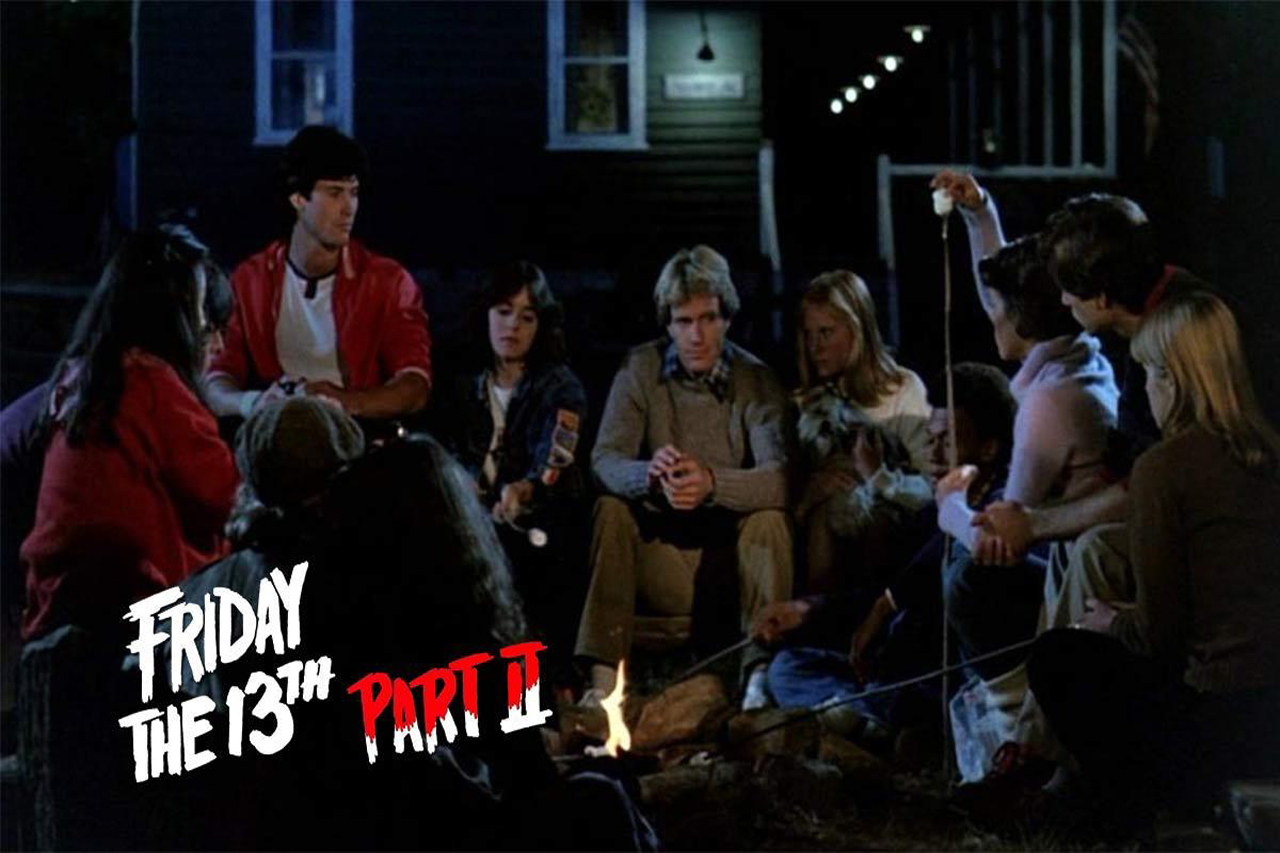 The second movie in the slasher franchise, which sees the introduction of Jason Voorhees as the new Crystal Lake killer (You should really know who it is in the 1st is by now!). Timing and dates are somewhat muddled between the first and second movie but suffice to say, Jason is all grown up now and has sported a penchant for backwoods killer chic. Denim dungarees and cloth bag head gear were all the rage around 80’s Summer Camps before the introduction of hockey masks!

This is pretty much your standard masked killer affair. A group of young counsellor type people party and have a good time in the camp at night and one by one they are picked off by Jason. Quite honestly you could rinse and repeat the story for 90% of the entire franchise. What makes this particular entry any different? Well, as mentioned Jasons look, the backwoods bag head ensemble gives him a rather sinister appearance, the one eye hole in the mask in particular asking questions of the audience throughout the movie. Also, Jason dispatches said young people in a rather brutal fashion, the demise of poor wheelchair bound Mark in particular is the stuff of nightmares.

The franchise has hit a wall recently over licensing and rights etc. between various creators, the result of which means that no further movies or merchandise or anything to do with the Friday the 13th name can be created until its settled. For now we must enjoy what we have and so I say enjoy this, one of the stronger installments in the series with 80’s blood running through every moment of its 87 minute running time.