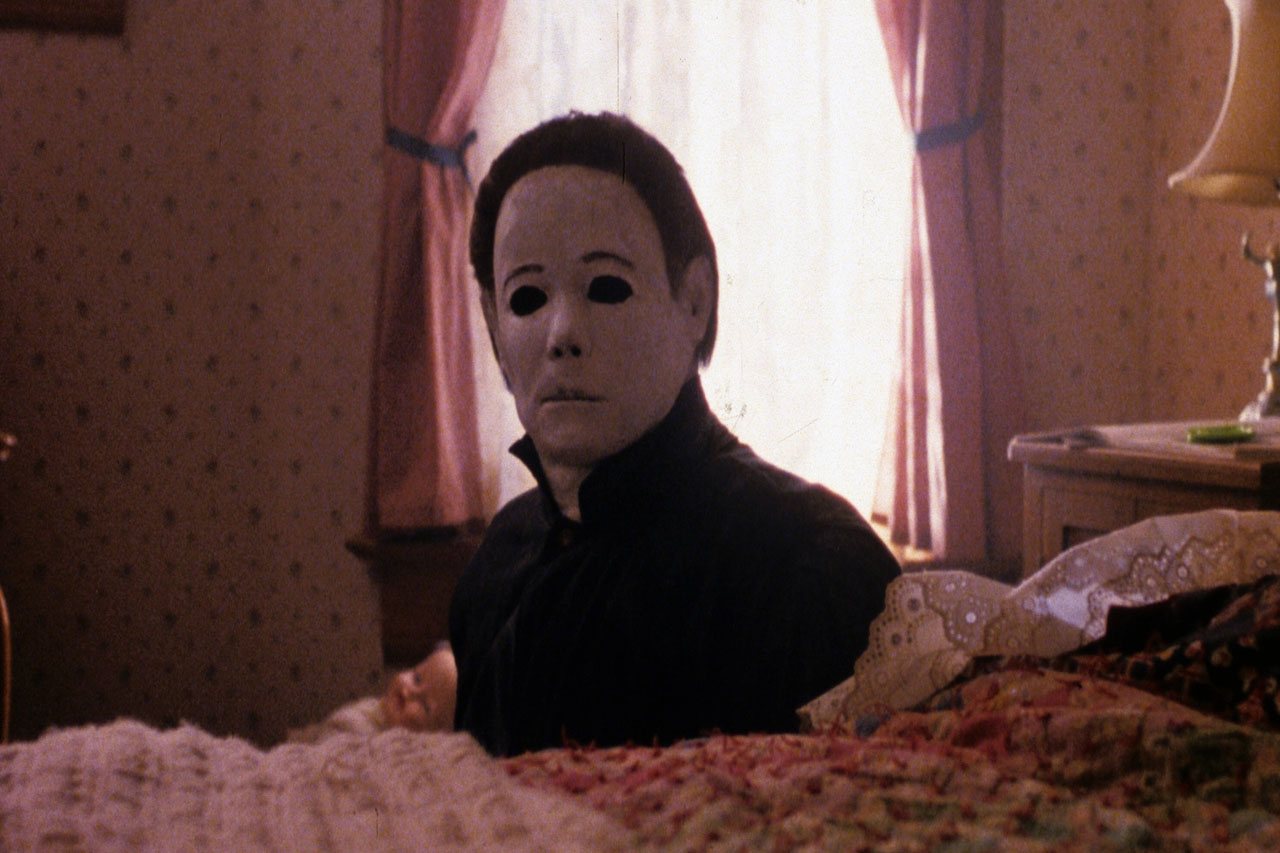 If you’re familiar with the Halloween series you’ll be well aware of just how many tangents, storylines, reboots and remakes that the series has had to endure up to this point. It’s crazy to be frank and really so convoluted that there isn’t the time nor the space to be talking about it here! All you need to know is that Laurie, Michael Myers sister is out of the picture at this stage and now he has returned and is hunting the last of his family, or bloodline, his niece Jamie. Halloween 4 was released in 1988, arguably in the death throes of the classic 80’s slasher and horror movie in general. Even then it contained a glossy production quality, a taste of what was to be, for better or worse, the norm for horror in the decade to follow.

After the financial and critical disaster at the time that was the Myers-less Halloween 3, the boogeyman returned for this, the 4th installment. What we got was a solid cat and mouse movie with an impressive interpretation of Myers, a real popcorn knife-edge suspense slasher that holds up extremely well.

After the release of Halloween last year, the true sequel to the original…Halloween (and not even considering the remake…Halloween!) many hailed it as the best sequel that the franchise had gotten up to that point, but in this humble reviewers opinion, it wasn’t. As well scripted, acted and shot as it was, it did not steal second place, well for me anyway. Halloween 4 remains a solid season 2nd choice and unless next years Halloween Kills is pretty spectacular, that won’t be changing.