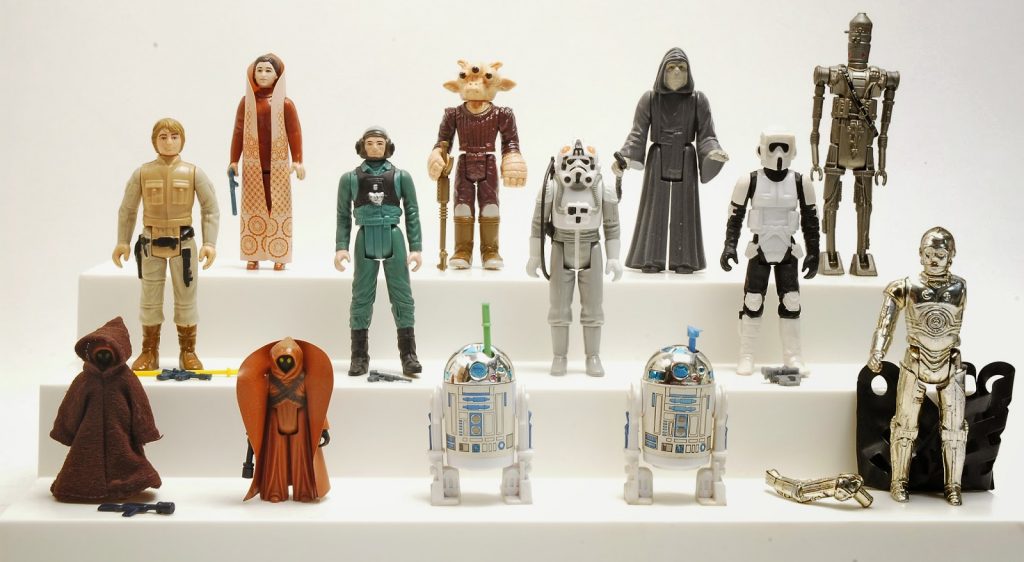 Through adolescence it took more of a back seat, when admitting to liking such things during the days of grunge music, facial hair experimentation and moody introspection would be a serious faux pas. It was there though, still, all through those awkward years. A sneaky viewing of the trilogy would often be an indulgence partaken on a Christmas period day when other family members were busy with chat and wine in another room.

When it returned again to the public consciousness in the late nineties as part of the now infamous prequel trilogy, this particular writer had flown the nest for the first time and was experiencing college life in another place. The faithful companion was now the browsing of rumours and fleeting news tidbits on film message forums in between lectures and by the time the first movie had actually arrived I had returned home for summer. The screening did not generate as much excitement in me as I thought it would but mere mild amusement at best and in fact I don’t think I even attended the first night. Afterwards, I struggled with the fact of whether I was just too old for it anymore.

Years past. Another movie came and went which was of a similar quality to its predecessor and so sparked little to no emotion in me whatsoever. It was slowly becoming a relic, a thing from my childhood that had been put, like so many other things, away in cardboard boxes. It felt dusty and old and again I struggled to come to terms with the decision of whether or not it was because I was not the target audience demographic for the movie or whether this was just the way a modern Star Wars movie was supposed to be. It was confusing considering the plots of these movies had tied themselves up in knots of boring political turmoil in order to explain the origin of the “Wars” and yet everything else was poor cgi creations and flat humour.

In hindsight I think it was some part of me not wanting to admit that neither movie was any good at all regardless of intended audience. College was over, the big bad world was already starting to kick me around quite a bit and after 22 years of having this wonderful thing in my life, I was beginning to think it was time to let it go, ironically at the time when on so many levels I needed it the most.

By the time the third and final movie came along, I had very definite plans of moving to the city. I was busy preparing and stressing over a new life, job and house. The galaxy that I had loved so much did in fact seem so very far, far away.

I am afraid to admit then that it was with trepidation as apposed to anything relating to excitement that I attended the final prequel movie, Revenge of the Sith. Life at that time was about career, nightclubs and success and it didn’t allow the fluff of space movies or god forbid nostalgia to creep under its solid oak doors. The past was the past. But as I sat there in the oh so familiar and comforting surrounds of that cinema, breathing in the intoxicating smell of freshly popped corn, listening to the excited mutterings of the fans young and old I couldn’t help but feel inspired even before the trailers started.

As the dramatic opening space battle unfolded, there were sparks of something familiar and right. The unnecessary plot convolutions and annoying characters of the previous two movies had been stripped back.

The glow of the screen revealed satisfied eyes, smiles and expressions of shock at the movies genuinely dark, perhaps even excessively dark moments. As the closing credits rolled and the audience found its collective breath, an incredible dichotomy of emotion washed over me.

All at once I remembered everything that was so special about the series again and at the same time I felt a deep sadness that it had taken until now, three new movies in, to rediscover it. This would be  the last Star Wars for a long time. Would there ever again be an opportunity to look forward to another one, to sit with friends and cast eyes upon a new entry in an always talked about sequel trilogy?

Was it perfect? No, it felt at times like a movie scrambling to cater to the older audience that the series was rapidly losing after the two previous failed attempts. It had however, reopened the treasure chest of what made Star Wars so special and took giant sized handfuls from that bounty.

A decade later and Star Wars is stronger than ever. At the midnight screening of The Force Awakens, the first of a new sequel trilogy, there was an overwhelming sense of community, excitement and yes forgive me but “New Hope”. Midnight was of course too late for newer younger viewers and so us more mature fans got a chance to reminisce and shoot forward wild theories before the lights dimmed. 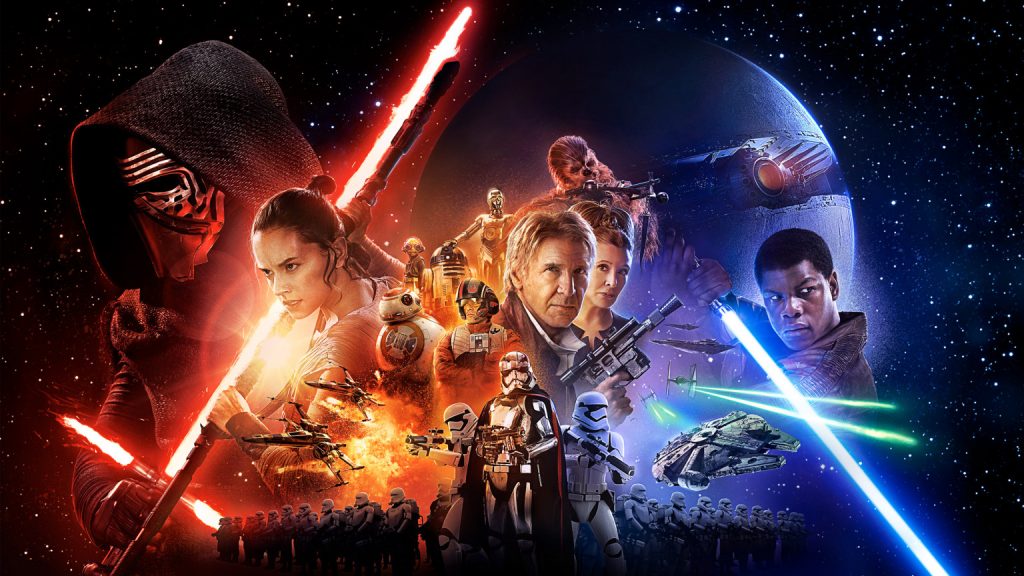 The movie thankfully, was a wonderful piece of stripped back escapism that satisfied on so many levels, something that the original trilogy had in spades but sadly only the very last hurdle of the prequel trilogy remembered and offered. It remembered that at its very core Star Wars is essentially the story of good vs. evil, the struggle against an oppressive and overruling regime. How many in the world can relate to that on some level? Everything around that then is eye and ear candy for better or for worse. From costumes and landscapes, to creature and vehicle effects the series is a master class in design and I often wonder is it that aspect of the movies that appeals to the design traits of my personality so much?

The release coincided with some major personal milestones too, one of which was the final decision to pursue a career in business and to set up this very venture, among other things and so it’s timing is particularly special to me. Once again I can tie one of these movies to a life event.

Some people will wax lyrical about their obsession with the series, how it is almost a religion in itself for them and I have to say that this has never been the case for me personally. Never. Yes, I love it, everyone I know, knows I love it but that’s where it ends. It doesn’t dominate my life or my entire free time. It’s just there, when I need it, like an old friend.

Now, I see younger fans becoming enthralled with the battles against the new evil first order and discovering the origins of the original trilogy through animated adventures and that’s surely something special. The more cynically minded may argue that this whole affair is one big meticulously designed thing, there to cut a large swathe from your wallet like a surgeon’s scalpel and nothing more. I say no. The series is a money behemoth, it’s true, but there is so much more there. In order to gain a better understanding of what it really means to people you must look at those many faces aglow with the light of lightsabers at the movies, the battle of Hoth being recreated on carpeted bedroom floors for over three decades, the two youngsters arguing over who gets to be Luke and who will be Vader. This universe has been around since the late seventies lest we forget and it has tied generations together and will continue to do so. There aren’t many good things in the world that can boast such a claim so let’s embrace that and enjoy it for what it is. We need to escape sometimes. It’s perfectly natural and right that we as humans feel that need and everyone deserves to have that opportunity. For me, I like to escape to a galaxy far far away, when I can. Now that I am an adult, it doesn’t happen as much as it used to, but when it does, it is something truly special.